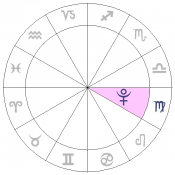 Pluto was last in Virgo between the years of 1957 and 1972. Pluto takes about 248 years to make a full transit of the Astrological signs. Its time to pass through the signs can vary from between 12 and 32 years as it has an unusual orbit. It is considered a transpersonal planet and as such the interpretation of its movement through the signs applies to a whole generation of people and not specifically an individual. Looking at the house position that your Pluto is in will give you more detailed information on how it applies to you. Pluto together with Uranus passed through Virgo during the 1960's. These two planets constituted a large part of what became the 1960's revolution. Whichever sign Pluto passes through, often results in great changes, upheaval and a removal of outdated and unnecessary methods of operating. When Pluto transited through the sign of Virgo it passed through the sign in charge of daily work routines, health and healing and sexual relations. During this period there were changes in the daily working practises and great hope that machines would take away the mundane tasks faced by people . Ultimately the key progression was that in the field of computers. Although they have only come to prominence for the individual many years later during this period many businesses began to rely on them and they became a key part of industry. This period also saw a revolution in the area of sexual relations with Pluto being the co ruler of the sign of Scorpio which is the sign connected with sex. The Pill was invented and the sexual revolution of the 1960's took place. Often with Pluto advances come through suffering. This period saw a revolution in health and care for the body with a love of natural and vegan food following previous years of chemical pollution of food. However only with tragedies through the use of drugs such as thalidomide was far stricter testing brought into the field of medicine.