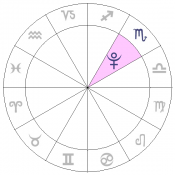 Pluto was last in Scorpio between the years 1984 and 1995. Pluto takes about 248 years to make a full transit of the Astrological signs. Its time to pass through the signs can vary from between 12 and 32 years as it has an unusual orbit. It is considered a transpersonal planet and as such the interpretation of its movement through the signs applies to a whole generation of people and not specifically an individual. Looking at the house position that your Pluto is in will give you more detailed information on how it applies to you. The transit of Pluto through Scorpio was combined with Uranus being in Scorpio between 1975 and 2000 which only tended to emphasis the prevalent Scorpio traits. Pluto is considered the modern day ruler of Scorpio. As such it is in a very powerful position as it passes through this sign. Both the planet and sign represent times of great upheaval and change and potential destruction. There is a reason however for this and that is to urge people on to change to move on from their many negative traits. If this is not done willingly then the world will force change on people through suffering, war and misery. Therefore the period when Pluto passes through Scorpio is ultimately one of great potential on the one hand and great disaster on the other. The planet Pluto is often associated with plutonium and the atomic age. Being the smallest of the accepted planets it is considered as a planet of intense energy and less matter. A similar principle is at work in that the destruction of smaller and smaller particles reveals more and more energy. Interestingly soon after Pluto entered Scorpio in 1986 there was the Chernobyl Nuclear disaster. Mankind was pursuing power without regard to proper safety. Apart from the deaths at the time of the disaster, the consequences of Chernobyl are still being felt with a rise in Cancers and Genetic Mutations in many areas affected by the event. As terrible as Chernobyl was, the potential and resulting destruction from a full scale Nuclear conflict, during the period of Pluto in Scorpio, was far worse. Fortunately that was avoided although a warning of the dangers of Nuclear power was seen.