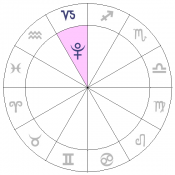 Pluto is currently in the sign of Capricorn. It entered in 2008 and will leave in 2024. Pluto takes about 248 years to make a full transit of the Astrological signs. Its time to pass through the signs can vary from between 12 and 32 years as it has an unusual orbit. It is considered a transpersonal planet and as such the interpretation of its movement through the signs applies to a whole generation of people and not specifically an individual. Looking at the house position that your Pluto is in will give you more detailed information on how it applies to you. Capricorn looks after traditional methods of authority and government and with Pluto’s passage through it these will be transformed, often through violent or destructive means. Pluto was last in the sign of Capricorn between the years of 1762 and 1777. These years encompassed the American Revolution and the setup of a pioneering new form of government by the people, different from the traditional methods of autocracy. A great struggle took place to change the traditional ruling structure but from this struggle came a new understanding of the rights of the individual and the democratic process. As Pluto once again enters Capricorn we are likely to see changes in World government and existing power structures. Most likely these changes will not be without conflict and power struggles as the traditional authorities attempt to remain in control against the new forces.