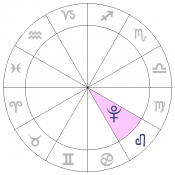 Pluto was last in Leo between the years of 1939 and 1957. Pluto takes about 248 years to make a full transit of the Astrological signs. Its time to pass through the signs can vary from between 12 and 32 years as it has an unusual orbit. It is considered a transpersonal planet and as such the interpretation of its movement through the signs applies to a whole generation of people and not specifically an individual. Looking at the house position that your Pluto is in will give you more detailed information on how it applies to you. People born during these years were children of the second world war and the post war generation. Pluto although the smallest of the planets represents intense energy and power. As the physical element in the planet is smaller so the energy component is conversely larger. This is indeed echoed by the idea of atomic energy where the splitting of the infinitely small atom produces great energy and power. This event first took place during the years that Pluto passed through the sign of Leo towards the end of the second world war. When Pluto passes through a sign there is often a great purge of all that is unnecessary and destructive. When it passed through Leo this was epitomised by a great battle for dominance as represented by Leo, with the clash of the free world and the Nazi ideals throughout Europe and the world. With this generation came great suffering and endurance and hardship with sacrifice, suffering and shortages. Pluto is considered exalted or in a very strong position in Leo since both the planet and the sign are representative of great power and energy and ability to withstand challenge but to ultimately endure. This was the energy needed to withstand the horrors unleashed by a world war and the corresponding cold war period that followed. The generation with Pluto in Leo will have great strength of leadership and ability to withstand the many challenges they will face in their lives.