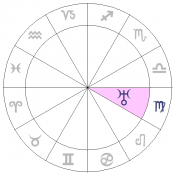 People with Uranus in Virgo have the ability to bring innovation and revolution to the areas of the workplace, technology and medicine. The last generation born with this combination are some of the children of the 1960's. During that time some of the first computers were being used by society and their influence was gradually increasing in companies. There were revolutions in healthcare with the advent of the pill. Generally the 1960's saw a time of revolution in the field of technology where people believed the automation of mundane tasks by robots and machines would free up people for a more leisure filled and better life. It was a time of optimisim in many ways after the suffering and rationing of the war years. People with Uranus in Virgo were born into the time of this energy being prevelant in the world, and they echo these ideas inside of themselves. They have since become the people who have led the computer revolution and are now mostly well into their forties. The sign of Virgo rules the field of health and medicine and as such natives with Uranus in Virgo believe in a revolution in the practise of healthcare and medicine. It is this generation who have brought in the gym culture, bans on smoking, organic food shops and popularisation of alternative therapies such as Homeopathy, Yoga, Pilates, Reiki and Shaitsu and a host of others.