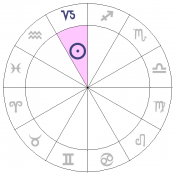 People with their Sun in Capricorn have their Sun in the last of the Earth signs. Being the last of the Earth signs it contains the wisdom of the other Earth signs that have gone before it. The sign of Capricorn is ruled by the planet Saturn. Known as 'old father time' it rules over the material world and the physical. Saturn is purely 'measure for measure' in that nothing escapes his gaze and he punishes people for laziness and rewards people for the effort and hard work they put in to life. Although he appears as a tough old schoolteacher or sergeant major his ultimate motives are for people to succeed on the planet and ultimately these are the people we thank for the resourcefulness they give us in times of distress. People with their Sun in Capricorn intrinsically have this Saturnian thinking inside of them. Inside they know that hard work and effort and stability and values such as honour and integrity are the keys to their life in this world. It is hard for them to let go and relax and play and do nothing as inside they have a voice pushing them to move on and achieve and build something. Capricornians are often burdened with great responsibility at a young age as the planet Saturn places responsibility on them from the beginning. Some Astrologers alos say Capricornian children even look old at a young age reflecting the responsibilities they are forced to bear. But don't worry . they also say that Capricorns can often come into their own in the second part of life. They lighten up and look younger and less stressed and wiser . who knows , possibly a reward from old Saturn for them acheiving their aims through their hard work.

Read more about The Sun »