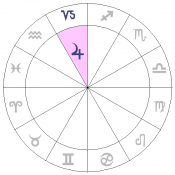 With Jupiter in Capricorn the planet lies in the last of the Earth signs Capricorn. Being the last of the Earth signs Capricorn can often indicate earthly wisdom. So people with Jupiter in Capricorn can have a depth and experience with regard to their philosohpy and outlook on the world. They may well be the sort of person others go to for fatherly advice and a sense of reason and a voice of wisdom. Their philosophy similar to Jupiter in the other Earth signs will be about earthly manifestation and practicality and traditional values of hard work, moral integrity and service to others. Their thinking will not be radical and groundbreaking but somewhat conservative and they will espouse traditional and solid values of profit through grit and determination and honest work. Over the years people with sign may well accumulate many possessions through their effort and determination and may well rise to the higher ranks within businesses and corporations. Indeed they may well be the first in the office and the last to leave at night. On the one hand they will be well respected by others at work as a person to trust and count on, but on the other they may work such long hours that they neglect their home and family life. Taken to its worst extreme the character of Scrooge comes to mind stuck late in the office chasing after money while his family life and sense of joy and happiness falls apart. This hard working ethic can also result in people with Jupiter in Capricorn being overly concerned with structure and tradition and formality which can contradict the Jupiterian aspect of freedom and expansiveness and innovation. For this reason and the fact that the sign of Capricorn lies opposite to the sign of Cancer where Jupiter is considered exalted or at home with its benelovent sharing attitude to others, Jupiter in Capricorn is known as being in Fall or in a somewhat difficult position.